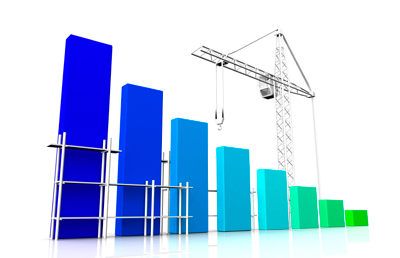 The economic development in Fort St. John has been enormous lately.

New energy projects in the area have helped increase the size of the workforce and the salaries. In addition property value has increased.

Recent additions to the city have included a new state-of-the-art health care hospital in the summer of 2012. Also a brand new fire hall opened in 2013.

The city of Fort St. John continually works to boost the economic development projects in the area by working directly with the North Peach Economic Development Commission.

The city has diversified the economic growth in to various projects in natural gas, oil, and hydroelectric projects. The newest and biggest project is being developed by BC Hydro (Site C dam).

The construction of the Site C dam should result in an increase of $3.2 billion in provincial gross domestic product (GDP), including a $130 million increase in regional GDP during construction.

The scheduled start date for building the dam is Summer 2015.

In a recent study done by B.C. Business Magazine which took in various factors for jobs the top ranked city to work in within British Columbia is Fort St. John.

In the survey 36 cities were ranked and the consistent trend among the top ranked cities to work in was that the economy in those cities were booming the most.

The sky-high labor participation in the city has helped it rank as the top city to work in.

The two main factors for ranking a city to work in was average household income and income growth which weighted 20 and 30 per cent overall, respectively.

Fort St. John scored an overall 60 out of 100 in final analysis.

The top five cities to work in included:

Currently the opportunities for skilled workers (especially trades and medical professionals) is vast. The salaries and ability to grow in these positions is huge.

Northwest British Columbia is known for the sedimentary basin that holds and houses the largest reserves of petroleum and natural gas. The natural gas comes from both conventional and unconventional geological formations. Conventional gas is known as free gas and is trapped in rock formations. Unconventional gas includes tight gas, coal bed methane, gas hydrates and shale gas. In order to get access to unconventional gas you need to drill for it. Oil and natural gas has helped increase the governments’ revenue. This goes towards helping provincial funding of public services. Such as health care and education and also helps with infrastructure like roads, hospitals and schools. The oil and natural gas industry has helped with job growth. It is a major employer and creates many jobs and is expected to create 317,000 jobs by 2035. The community has also benefited by increased use of local businesses.

The city of Fort St. John is known for their land and their environmental surroundings. This is why this city and the B.C Ministry of Forests, Lands and Natural Resource Operations have created many BC Jobs even within the city of Fort St. John. Through this resource employment, value has generated from the processing and trade productions and investments in the forest sector. The forestry industry has also created further benefits which include the hosting and protection of sites and landscapes of spiritual or recreational values.

Fort St. John has a big sector that manages products such as grains, oil seeds, honey and livestock. Because Fort St. John has an abundance of rural and agricultural land in the region its makes it possible for the city produce these types of products. This area is also very successful during the growing seasons because of its low temperatures and long hours of daylight. Farms also enjoy the advantage of low land prices and low costs of production. Agriculture and farming has opened up a door for employment and growth in the economy.

Fort St. John is known for its breath taking view of its mountain peaks, rivers, valleys and coastline. It is also known for its ancient history and stories regarding their land and bodies of water. The Fort St. John area has an abundance of outdoor activities which draw in people from all over the world to experience the outdoor adventures the great city has to offer. This region is also known for its history and culture which can be explored in museums, art galleries and pioneer villages. Because of the various attractions Fort St. John has to offer the tourism sector has grown which has allowed development and marketing for the region.