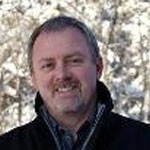 Arlen Brekkaas was born and raised in Ft. St. John and began his career in Real Estate in 1997. Firstly, as a Homelife Representative, Arlen earned Rookie if the Year status for all of British Columbia! After several years of successful practice as a Century 21 Agent earning Diamond Status and MLS Awards putting him in the top 10% of Agents in the BC Northern Real Estate Board Arlen made the move to RE/MAX Action Realty and was able to achieve a 105% increase in his first year there. 13 years later and 100’s of properties sold, Arlen has been able to keep consistent numbers up to and including his 2nd best year ever in 2009 in a market that was down nearly 40% from its peak in 2007! This dedication to his work has shown his clients that Arlen is a trustworthy and honorable Agent.