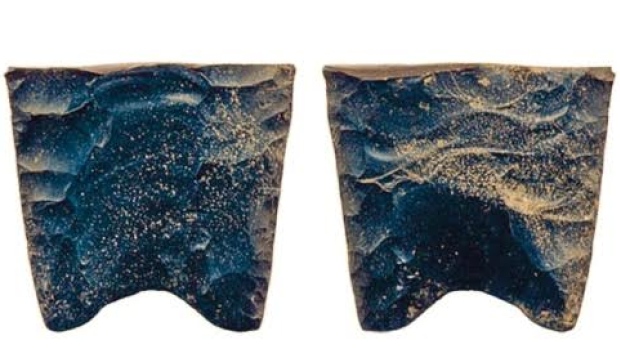 Steve Kasstan, an archaeologist, and his team find a spear point near Pink Mountain, a Treaty 8 land. The spear point helps bring understanding to Clovis culture. The Clovis culture were one of the first cultures to settle down in America.

The discovery site is the farthest-north site in Canada and is about 13,000 years old. When Kasstan found the spear point, Kasstan told Daybreak North host Robert Doane,”This point is the oldest in British Columbia in terms of its style. It’s fairly thin, it has a really narrow base, it’s exquisitely made … when we found it, we knew immediately what we had.”

According to Kasstan, the spear point helps identify that people traveled from South to North. He also metions that “We were able to track down where it came from, and it came from Anahim Peak, which is in the Chilcotin Plateau, and where the site is; that’s over 500 kilometres to the southwest. … which kind of gives us a clue that people are moving north.”

If you would like to see the artifacts in person, visit the North Peace Museum.