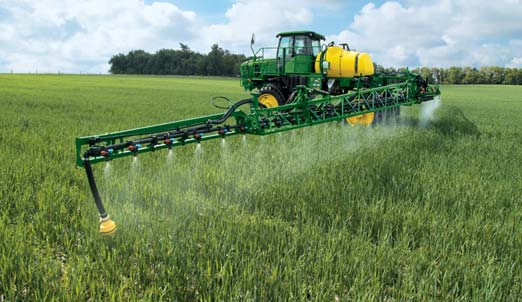 Since the Site C dam was recently approved in December 2014 in the Peace River region, there has been many complaints and worries by locals and residents of BC that the dam will impact the agriculture in a negative way in the surrounding area.

With all the worry surrounding the project many of these people haven’t actually sat down and read through the research and studies done by BC Hydro on the actual effects of the dam.

BC Hydro has realized the importance of protecting the agriculture in the area since before the project was proposed and subsequently approved by the BC government.  One of their various planning stages was to study the potential effects on agriculture by the creation of a reservoir, highway realignment and dam construction.

The key finding from the research done by BC Hydro is that 99% of the Class 1 to 5 agricultural lands (ie: land capable of crop production) in the Peace Agricultural Region would not be affected by the Site C dam.

There will be an approximate permanent loss of 3,800 hectares of Class 1 to 5 lands in the area but roughly 2.7 million hectares of the same class of land still available for agricultural production in the area.

In the Peace Valley alone more than 16,000 hectares (more than 80%) of the Class 1 to 5 lands would still remain available.

There would be no change to the regional production and consumption of food in the region.

Overall from the Site C project the agriculture production would see benefits from Site C as a $20 million agricultural compensation fund is being given by BC Hydro to the region. These funds can be used to improve irrigation, drainage, and support local agriculture programs.

In addition there are proposed mitigation measures that include the support of local farms affected directly by the project.

On May 1st, 2014 the Joint Review panel submitted the Site C report to both provincial and federal governments as part of the independent environmental assessment process.

The panel wrote the following on page 150 of the report:

As for BC Hydro’s agricultural compensation fund the panel wrote the following on page 149:

“The current annual value of crops from the portion of the valley that would be inundated is but $220,000… The
proposed $20 million agricultural investment fund, to be spent on improvements outside the inundation zone, is generous by comparison.”