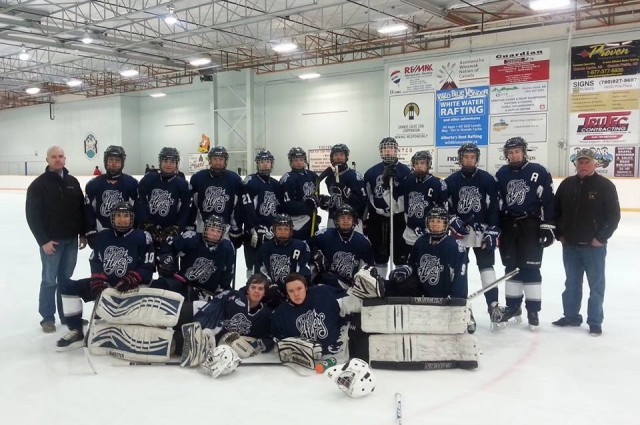 The Fort St. John Formula Powell Midget Flyers were in action last Saturday afternoon against Grande Prairie where they won 4-3.

Fort St. John came out of the gates with a roaring start scoring three goals in the first period and managed to hold on to the game for a 4-3 victory.

The scoring was opened by Brandon Menduk just past the ten minute mark of the first period. Grande Prairie got back into the game with a goal at 5:48 left in the first frame tying the game up but that didn’t last long. Just 20 seconds later the Flyers scored again to increase the lead to 2-1 Flyers. The Flyers then added a third goal with 2:51 to go in the first.

In the second period the teams traded goals and in the third period Grande Prairie added their final goal.

Scoring for the Fort St. John Flyers were: