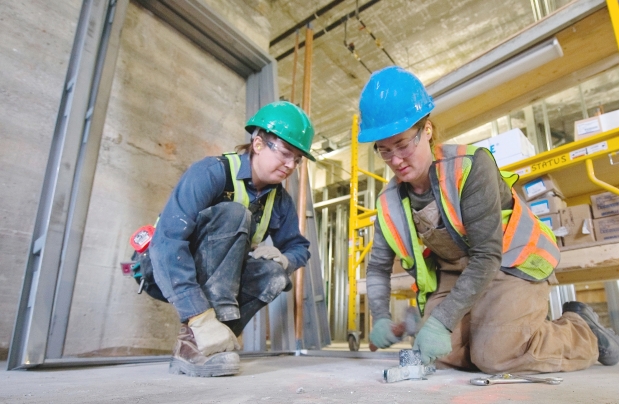 On Tuesday January 27th, 2015 the minister for Advanced Education Andrew Wilkinson was in Fort St. John to announce new funding for Northern Lights College.  Over $350,000 worth of trades equipment was purchased for the colleges use.

The minister stated that there is a huge petroleum and large natural gas industry right in Fort St. John and there needs to be training in the area to keep the income and jobs within the community.

North Peace MLA Pat Pimm noted that the trades are growing at an exceptional rate right now in the province and that this new trades equipment will service those needs.

Each college within the province of BC requested how much money they needed for their program and with the size of Fort St. John’s population the amount of roughly $350,000 was more than enough for the community.

Pat Pimm said that by providing the training within the community this would limit the need to bring in labor from outside the country.  By making very skilled and trained tradespeople in British Columbia the province was investing in the cities future.

The benefit of investing in trades training is that as projects come and go the tradepeople are able to find work in one place or another because they have the skills to complete the job.

It was also noted by Pimm and Wilkinson at the end of their interview on Tuesday that possible training for nurses would be coming as well because of the already overtaxed healthcare costs in the Peace river area.